British nurse and metal detector enthusiast Buffy Bailey struck gold on her last outing in the North of England, literally. While scavenging farmland in York with her husband, the 48-year-old unearthed a miniature cast gold artifact in the form of an open book or Bible. It is believed to be around 600 years old.

“I dug five inches and it was right there – I still didn’t believe it was anything special,” Bailey said. At about half an inch long, the small object is easily overlooked. Despite its small size, however, the object features incredibly intricate engravings of a man and a woman, believed to be the images of Saint Leonard and Saint Margaret, patron saints of childbirth. At the top of the piece is a small hole, indicating that the charm could be used as a pendant or as a necklace bead. It is made of 22 or 24 karat gold and weighs approximately 0.2 ounces. “It was so heavy and shiny, just beautiful,” says Bailey.

King Richard III (1452–1485) owned land near where the object was found, which has led historians to believe the artifact may have belonged to one of his female relatives. Additionally, the level of detail in the miniature bible has been compared to another gold pendant found in the region, called the Middleham Jewel. Some believe that these two pieces could have been made by the same anonymous artist in the 15th century. The Yorkshire Museum is currently appraising Bailey’s find, but it is expected to be worth at least £100,000 (about $134,150).

NHS nurse and metal detector enthusiast Buffy Bailey has discovered a miniature gold ‘Bible’ worth over $130,000.

#NHSnurse is set to win hundreds of thousands of pounds after finding a small gold bible believed to have belonged to a relative of #RichardIII while detecting metals on nearby farmland #York #BuffyBailey discovery of solid gold #Bible which has now left researchers stunned, so complex 😳 pic.twitter.com/oWbonvIoTU

She found the 600-year-old object in Yorkshire, near a property that once belonged to King Richard III.

The Yorkshire Museum is currently evaluating the artefact and may decide to purchase it from Bailey. It is believed to have been made by the same artist who created the Middleham Jewel (belonging to the Yorkshire Museum). 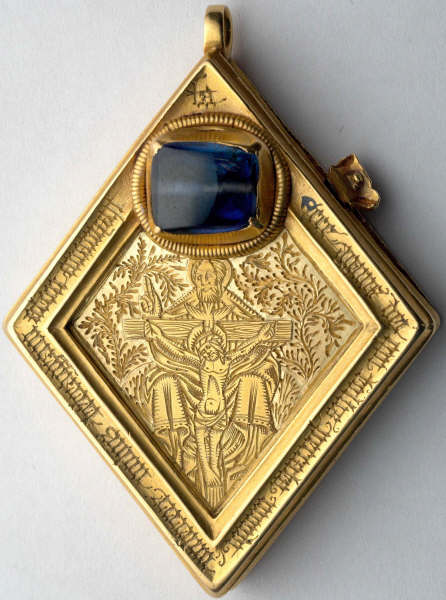 3,700-year-old Babylonian tablet turns out to be oldest example of applied geometry

100,000-year-old fossilized footprints of Neanderthals found on beach in Spain