By Chay Quinn for MailOnline

A work of art left by Banksy in a struggling model village after the pandemic is set to create a £1million bargain for its owners at auction today.

The model stable first appeared on the resort’s attraction last summer and has been dubbed a ‘lifeline’ by business owners Frank and Frances Newsome. 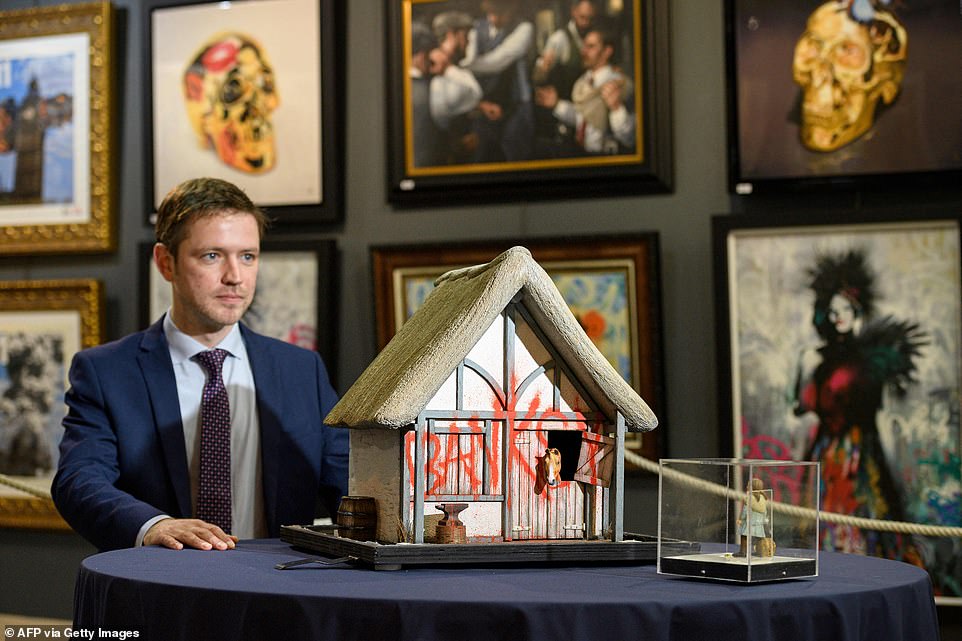 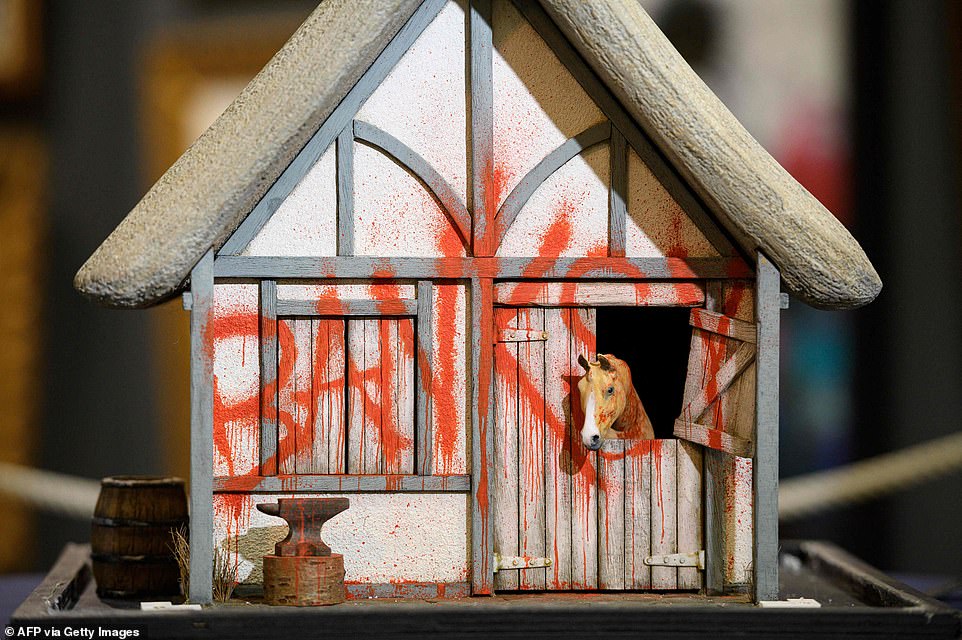 The artworks will be on display for three days before being featured in Anderson and Garland Auction House’s Modern Art & Design Auction on January 27. 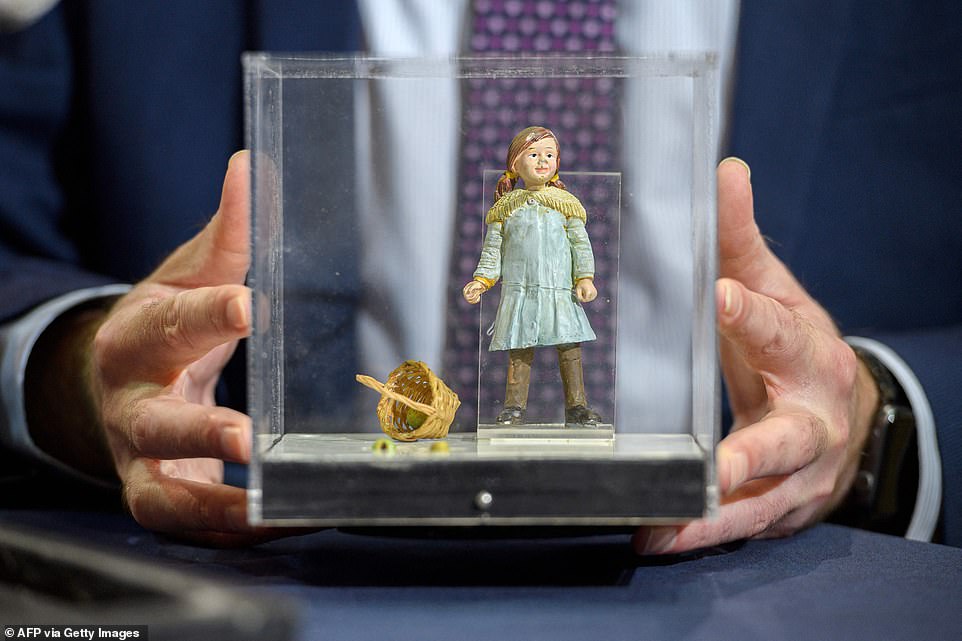 It was part of Banksy’s Great British Spraycation – a series of 10 works the mysterious artist produced along the East Anglia coast.

The coin features a rodent and the words “Go Big Or Go Home” scrawled on the side. 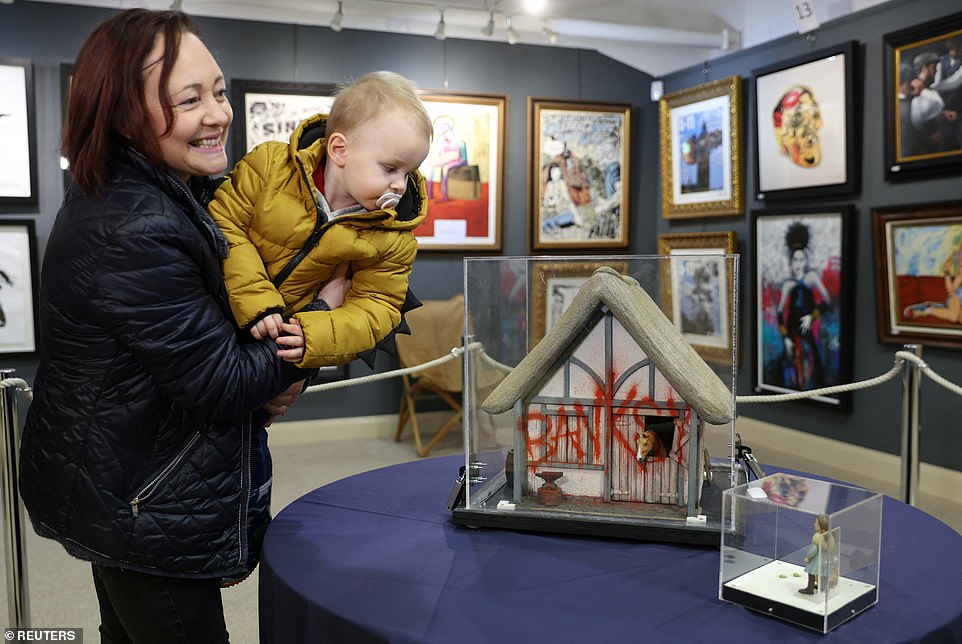 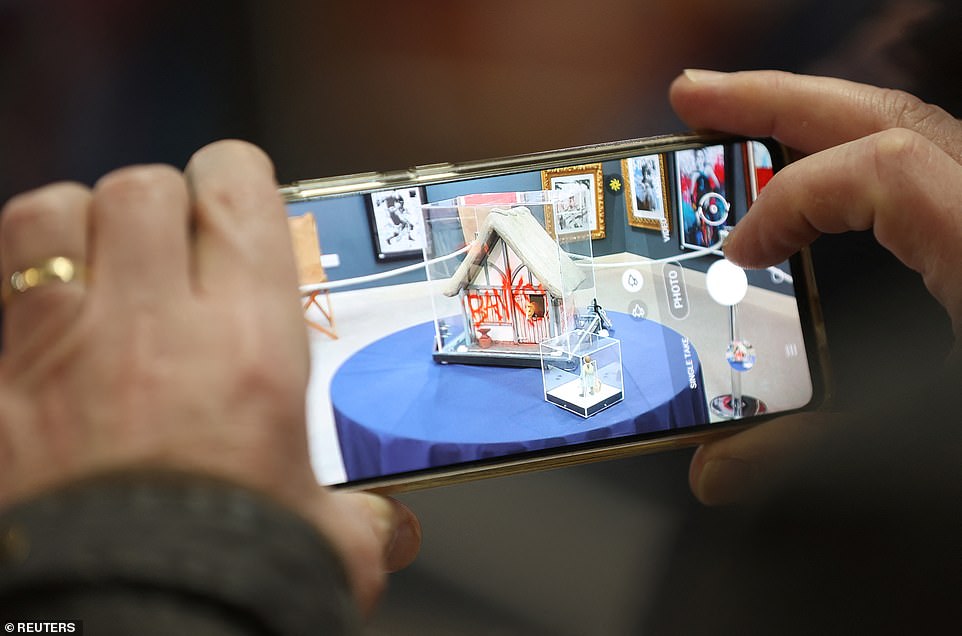 A person takes a phone photo of Merrivale Model Village at Anderson & Garland in Newcastle upon Tyne, Britain 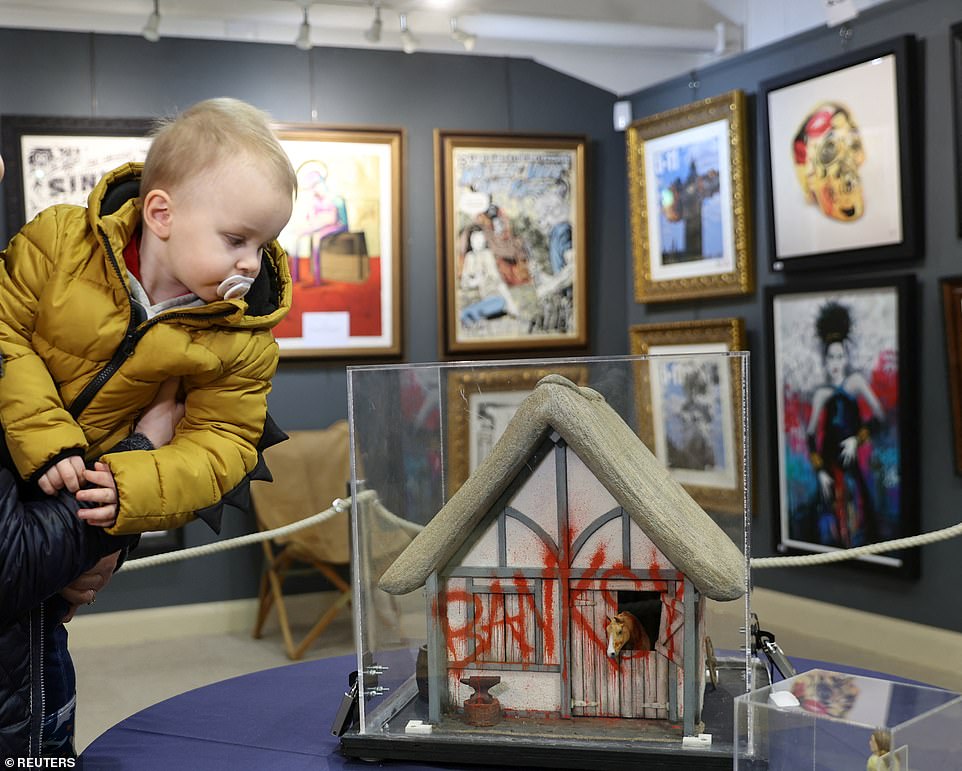 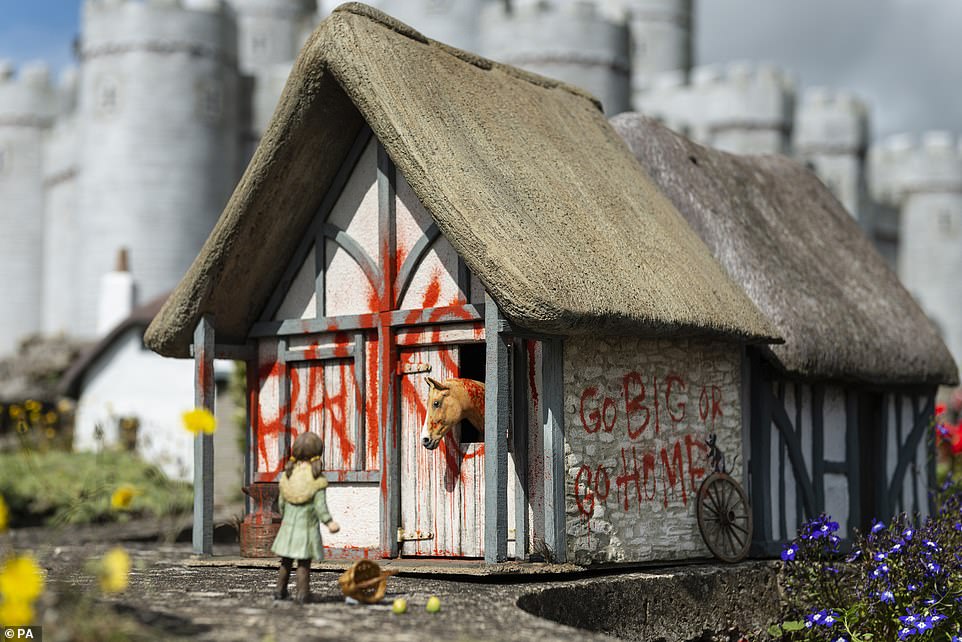 Banksy confirmed the artwork was his in an Instagram video and was later secured in a plexiglass case, with additional security personnel employed.

Frances Newsome, 60, said before the sale: “The Banksy saved our lives because we had to close so much due to the pandemic.

“We hope the sale will preserve the future of the village.”