Leading the sale at $442,800 was this watercolor-on-ivory portrait miniature of George Washington by Charles Willson Peale (American, 1741-1827), who was descended in the family of H. Patterson Harris of Westport, Conn. It sold to an American private collector, underbid by an American institution ($300/500,000).

ASHEVILLE, NC — A sell-through rate of 92% and a total of $5,411,718 denotes Brunk Auctions’ Emporium and Premier sales from March 24-26, in which 1,165 lots were offered. The numbers, however, do not adequately convey the interest and excitement of the auction, which saw exceptionally rare and important works – many of which fall into the Historic Americana category – attracting considerable interest which has grown. translated into high prices.

Leading the sale with a result of $442,800 was the only known miniature of George Washington by Charles Willson Peale, made circa 1785 after Peale’s 1779 seance, ever released for sale. The H. Patterson Harris miniature was rendered in watercolor on ivory and housed in what was presumed to be its original 18-karat gold case; it was accompanied not only by an 18-karat gold locket which contained what was believed to be a lock of Washington’s hair, but also Peale’s studio desk and its assorted contents. The desk had a small brass medallion that read “CH Peale/to/Coleman Sellers” and a small box inside the desk that had a monogrammed “HP” plaque included a handwritten note that read “This box belonged to Hannah Peale, and is presented in memory/of many virtues, to Margaret Coleman by her friend CW Peale/1822.

The miniature was a known entity having been published in Charles Coleman Seller’s Portraits and miniatures of Charles Willson Peale, which had been published in Philadelphia in 1968 by the American Philosophical Society. It was purchased by a private collector in the United States, bidding by telephone, who prevailed over an American institution which was also bidding by telephone. 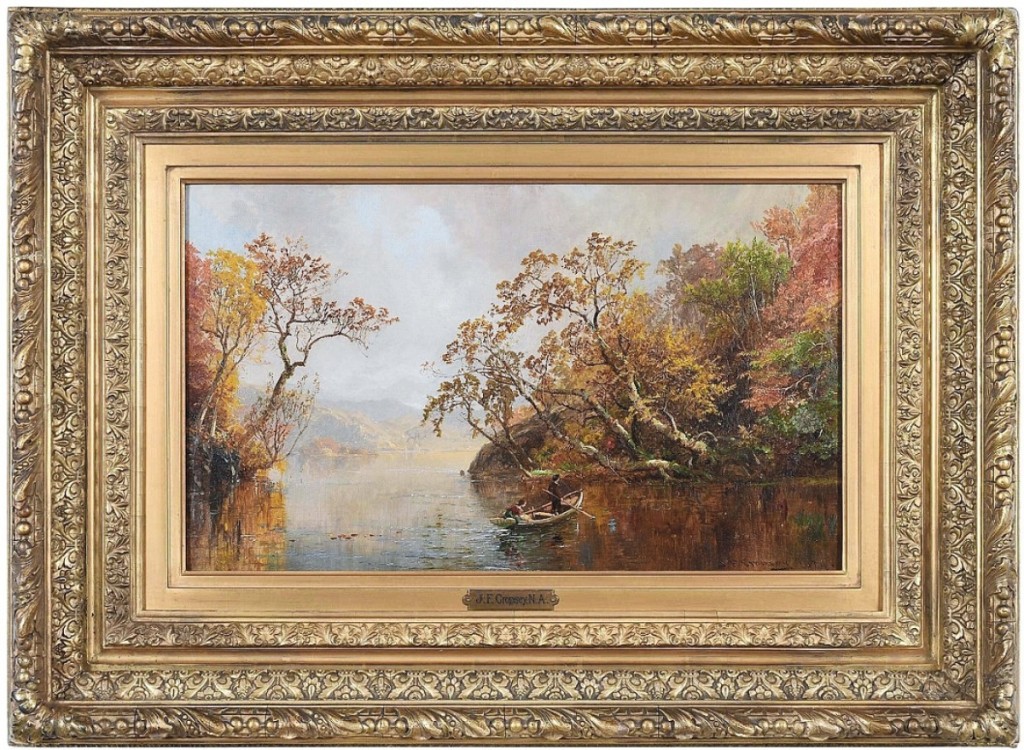 Nan Zander, Brunk Auctions’ specialist in American fine art and one of the auctioneers at the sale, said there was “fireworks” when a rare painterly silk on linen canvas , worked by Hannah Ewell when she was 16, was sold to a private collector for $258,300. . Although the auction house was unable to confirm Ewell’s precise identity, it may have been Hannah Ewell, born to Gershom and Susanna Ewell in Marshfield, Mass., on the 13th April 1769. Gershom was a Yeoman farmer who, when he died in 1835, had an estate worth over $4,000. Featuring a bucolic scene with figures and animals, the style of needlework is consistent with those made in the Boston area between 1750 and the 1790s that represented the epitome of a schoolgirl’s needlework skills. Zander said its rarity and condition helped spark interest in the coin from private collectors and commercial bidders.

Zander shared a company-wide tradition Brunk staff enjoy ahead of auctions, where specialists discuss their favorite pieces with colleagues. One of Andrew Brunk’s favorite pieces was a wharf table decorated with Federal painting, attributed to the Baltimore, Maryland, shop of John and Hugh Finley, circa 1810, which came from a Southern cultural institution, a sale from 1997 at Sotheby’s New York, and a private collection in Charleston, SC. Featuring exquisite decoration including a faux marble painted top and a frieze with an architectural landscape between the hymns, the table was considered to be in excellent condition. A private collector in the United States, underbid by a telephone bidder, won the table for $196,800, almost four times its low estimate.

There were other antique American pieces of furniture that were listed in the sale. Above expectations at $79,950 and sold to a private collector, a Philadelphia tall chest with a carving attributed to the “Garvan Carver”, so called for its similarity to that of a tall chest of drawers in the Mabel Brady collection Garvan from Yale University. Of the form’s surviving examples in Philadelphia, the tall chest offered at Brunk Auctions is among the most exuberant and developed known. The provenance of the piece included John Schenk of New Jersey and a 1983 sale at Sotheby’s New York, as well as Rocky Mountain collectors. 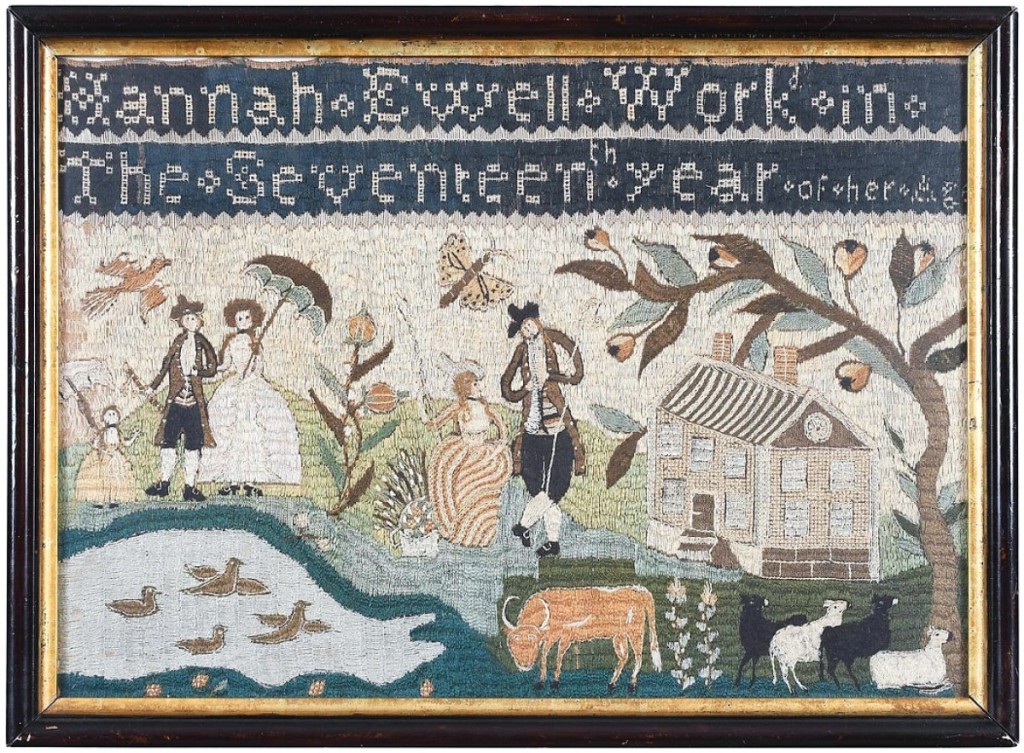 Two private collectors in the United States were the latest bidders for this late 18th century Massachusetts pictorial embroidery worked by Hannah Ewell when she was 16 (in the seventeenth year of her age). Drawing competition from other private collectors and professional bidders, it sold for $258,300 (20/30,000).

A private collector, bidding over the phone, nearly doubled the high estimate for a Philadelphia Queen Anne walnut armchair that fetched $73,800. Some of the padding had been removed to facilitate examination and the condition of the visible frame was considered to be excellent. While the chair was not fresh on the market, it had passed through several notable hands, including Reginald Lewis of Easton, Md., Joe Kindig Jr of York, Penn., and Milly McGeehee, as well as Sotheby’s New York.

19th and 20th century American art also saw strong interest and results throughout the auctions. Topping the $172,200 category was “Still Life with Bottles and Pitchers,” a 1923 oil on canvas painting by Marsden Hartley (American, 1877–1943), which sold to a buyer who came to Asheville to bid during the sale. The painting had been widely exhibited and published and enjoyed a fully documented provenance; it is also included in the Marsden Hartley Legacy Project: Complete Paintings and Works on Paper at the Bates College Museum of Art in Lewiston, Maine.

“Boating on the Lake”, made in 1874 by Jasper Francis Cropsey (American, 1823-1900), was launched at $159,900 and sold to a private collector bidding by telephone, underbidding by another private collector. Like the Hartley, it appears in Cropsey’s catalog raisonné and has extensive provenance.

Brunk Auctions has a strong track record with works by Southern artists and this sale did not disappoint. According to Zander, “Southern buyers love their regional works” and a painting titled “Francis Marion Crossing the Pee Dee”, a 19th century copy after William Tylee Ranney, has attracted a lot of interest from buyers in the South. Ranney’s original 1850 work is in the collection of the Amon Carter Museum in Fort Worth, Texas, and the scene offers a glimpse into the spirit that drove the Southern effort against the British during the American War. independence. A buyer in the United States brought it to 79,950, a huge improvement from the $32,300 the seller paid when he bought it from Brunk Auctions in 2007. 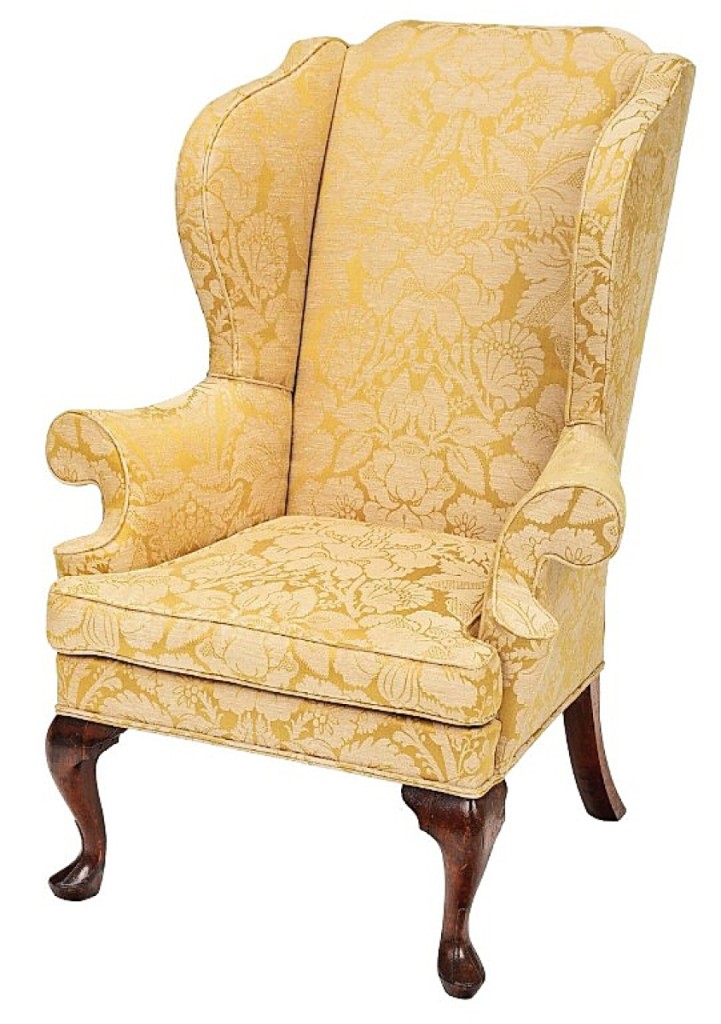 Charleston artist Alfred Heber Hutty (1857-1954) enjoyed a large following at Brunk and his “Little Church on Edisto”, an oil on canvas that measured 16 by 20 inches and came from a Charleston family who had acquired the work directly from the artist in the 1950s. A private collector in the United States, making his first purchase at Brunk Auctions, paid $61,500 for it.

High prices are often irresistible to sellers who may think, “I got one, maybe I should sell it now.” That was the response when Brunk Auctions sold a buffalo bronze by Henry Merwin Shrady (American, 1871-1922) for $196,800 on June 11, 2021. The company was contacted by someone who owned a bronze titled “George Washington at Valley Forge”; the lifetime cast was signed on top and bore the Roman Bronze Works foundry mark. Zander said the rest of the historic Americana from the sale — the Peale miniature, other images of the Founding Fathers — created a good context for Shrady’s bronze. It rode the wave of similarly themed hardware at $67,650 and exceeded expectations.

Brunk Auctions will sell modern art on April 21 and Asian art on April 28. The next three-day Emporium and Premier auctions are scheduled for May 19-21.

Prices shown include the buyer’s premium as reported by the auction house. For information, www.brunkauctions.com or 828-254-6846.