Azhar Kamaruddin, 57, has earned a reputation as one of the country’s few miniature ship builders. Over the past 25 years, the passionate carpenter has designed 60 scale models of classic ships, including British warships, sampans, carracks, junks and clippers.

Its replicas vary in size – from the smallest measuring around 12 inches (30.5 cm) to vessels around five feet (1.5 m) long.

“I am a history buff and have always been interested in ancient ships. And I love woodworking and carpentry,” says Azhar, who hails from Kampung Bakap Baru, a village in Batu Gajah, Perak.

He fell in love with shipbuilding in 1997 after reading the book, An Illustrated History of Transport.

He is so passionate about shipbuilding that he quit his job as a visual merchandiser at a department store in Ipoh to start his career building miniature boats.

“The book was very interesting and it fueled my passion for learning the art of shipbuilding. I fell in love with carpentry and was ready to give up my full-time job to pursue the art of making replicas ships,” said Azhar, affectionately known as Capt Jack. “A lot of people thought I was crazy for giving up a steady job building ships.”A history buff, Azhar says he has always been interested in ancient ships.

He found work in a wood and steel factory in Ipoh. For five years, he built his shipbuilding skills working in factories specializing in woodworking, clay, steel fabrication and cabinetry. He also worked in a welding shop and a graphics house in Ipoh.

“The first five years were difficult. It was a period of trial and error. I struggled a lot but I never gave up my dream of being an artisan. Today I consider myself a self-taught artist making replica ships,” said Azhar, who studied fashion design at Universiti Teknologi Mara in Shah Alam.

Azhar is happy that he made the decision to pursue his passion because it allowed him to devote his time to a job that brings him a lot of happiness and satisfaction.

“We have to be passionate about our career. You will enjoy working if you love your work and can treat it as a hobby. I’m lucky that my wife and family were supportive of my choices even though I struggled at the start of my business.

“My advice to people is to keep going and never give up on your dreams. Never give up no matter how hard things get. Read lots of books, be humble and share your knowledge with others. nothing to lose but so much to gain.

“What’s most important is to have a good heart and God will guide you every step of the way,” the father-of-three said. Azhar first makes a hand drawing of the ship he is recreating before creating a cardboard template. Then the woodworking process begins. Photos: Azhar Kamarouddin

His only son works as a graphic designer and musician, while his two daughters are university students.

As for his nickname Capt Jack, the Perakian shared: “It has nothing to do with the movie, Pirates of the Caribbean. And I don’t look like Jack Sparrow (played by actor Johnny Depp). I grew up in Balun Bidai near Kg Gajah in Perak.

“When I was younger, my parents called me Ajik. In high school, some of my Chinese classmates had difficulty pronouncing Ajik. So they started calling me Jack instead of Ajik. that’s how I became Jack,” he says, laughing.

“Capt Jack is synonymous with pirates of old. I call myself the captain because I specialize in building replicas of ancient ships. I am neither a naval officer nor a naval architect. I’m just an artist who likes to build boats. In fact, I’ve never been on a cruise liner. The biggest boat I have been on is the ferry to Pangkor Island,” the humble man said with a warm smile. 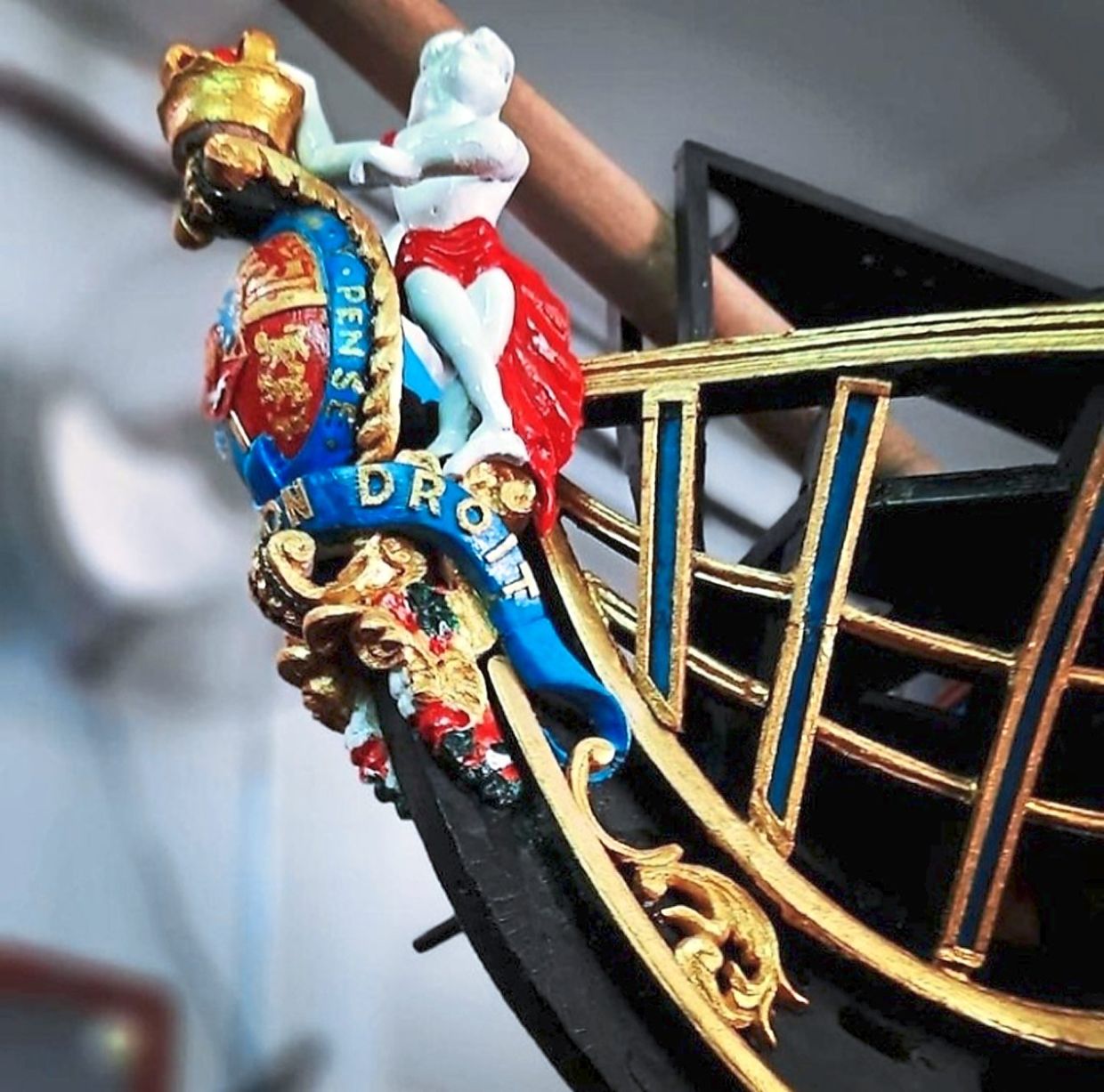 Azhar operates his business from a 7m by 5m workshop, on land owned by his mother-in-law. The wooden cabin is close to his home.

“My workshop is small. There’s not much to say, but I’m grateful to have a place to build my handmade ships. Even though space is limited, I have managed to build many ships here,” he says proudly.

In his workspace, he has several workbenches, his tools and piles of wood of different sizes. It also has a small library where it keeps a collection of books, magazines, DVDs, videos and articles on ancient ships.

For the ships he builds, he opts for meranti wood because it is readily available at local hardware stores.

“I don’t need expensive woods like cengal or merbau to build model ships. What matters most is the grain of the wood. 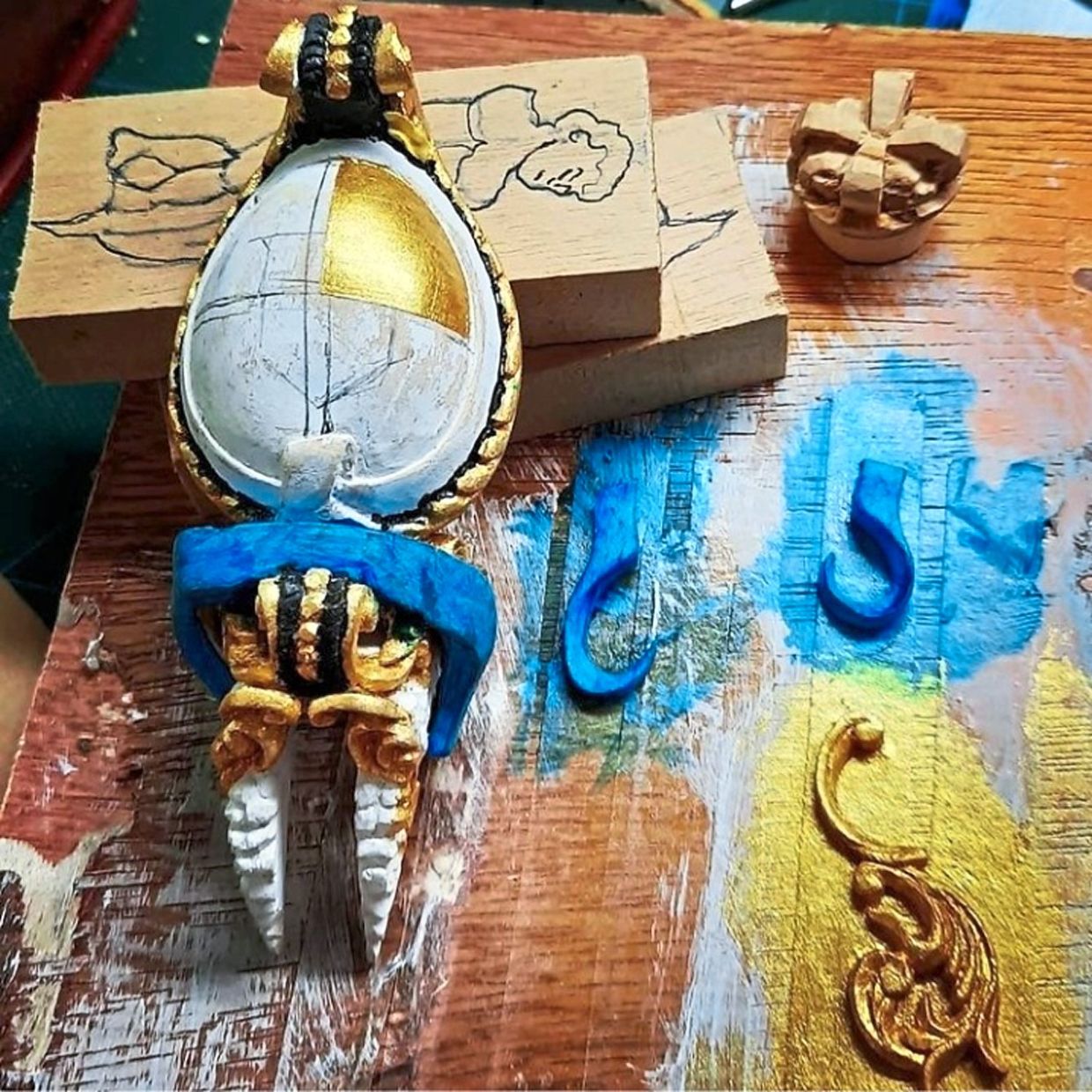 He listens to music while working on his commissioned works. It helps to “put soul into his creations”, he says.

“As I work alone in my studio, the music keeps me company. When building a Chinese ship, I listen to traditional Chinese instruments such as the erhu and the pipa. I also like to listen to musicians like Hong Ting or Shao Rong.

“The same goes when I build a European ship. I listen to Irish, Scottish and Scandinavian folk songs, and pirate-themed songs. I’m a huge fan of Scottish folk band Saor Patrol and Irish band The Dubliners.

Azhar is currently working on three miniature carracks – a three- or four-masted transport ship – commissioned by an art gallery in Melaka.

“Carracks were developed in the 14th and 15th centuries in Europe. They were used by the Portuguese Admiral Alfonso De’ Albuquerque during the invasion of Melaka in 1511. So I think this project has to do with an exhibition on the history of Melaka.

Whenever he accepts a new project, Azhar first researches the historical and technical context of the subject. “I take care of all the processes, from A to Z. I’m building a replica, not a model ship,” says Capt Jack.

“It takes about a month to research the history of that particular era. I have to put myself in the shoes of the old shipbuilders and think like them. For example, if I’m building a Chinese boat, I have to study ancient Chinese culture, costumes, superstitions, architecture, and engineering.

“To deepen my knowledge, I also watch Chinese medieval films to observe the props, living standards and buildings. The same goes for a European ship. I still imagine walking and wandering around their dry dock as they built ships. It takes a good imagination to be a shipbuilder.

He begins by making a manual drawing of the ship he wants to reproduce. Then he will create a template, using cardboard, before starting his woodworking.

“I’m ‘old school’ and not a computer expert. I don’t know how to use AutoCAD (computer-aided design and drafting software) or any other computer-related medium. The technical drawing therefore only concerns the hull of the ship. The rest of the ideas and structures come from my imagination. Once the woodwork is done, I attach the sails and rigging. The last step is the vernissage,” he explained.

The trade is complex and meticulous and as he operates his business alone, Azhar only accepts two or three orders a year. Whenever Azhar accepts a new project, he researches the history and technical details of the subject before embarking on it.

“I do all the processes myself, from A to Z. I’m building a replica, not a model ship. Model ships are much easier to build and can be completed in less than two weeks. Building a replica is different because the craftsman must craft it exactly like the original ship.

“Each ship is about three to five feet long. The most in-demand ships are European ships and the Ming Dynasty Chinese baochuan (treasure ship),” Azhar said.

He built the replica of ships like the 1812 Baltimore Clipper, the 1571 Mediterranean Galley and the 1775 British Royal Navy HMS Victory. Her clients are Malaysians, who are willing to pay RM15,000-20,000 for her unique designs.

His replica of the Nao Victoria carrack has been exhibited in Singapore and Sharjah in the United Arab Emirates. This creation is currently presented with the project The Trinidad by contemporary artist Ahmad Fuad Osman at the Balai Seni Negara in Kuala Lumpur.

Azhar dreams of one day visiting HMS Victory, best known for its role as Lord Nelson’s flagship at the Battle of Trafalgar in 1805, which has been preserved as a museum ship in Portsmouth, England. It is the oldest warship in the world, with 244 years of service.

“Even though I completed the HMS Victory 1775 replica over two decades ago, I can’t afford to travel to England to see the actual ship. I don’t earn much but it’s cukup makan (enough to survive) I’ve achieved everything I wanted (in model making) and I’m happy about it. There’s nothing more satisfying than seeing people happy to receive my work.