Miniature art has entered the giant cultural world of Paris, with a new “Small is Beautiful” exhibition at Galerie-Joseph, showcasing tiny masterpieces by 20 internationally renowned artists.

Many have made names for themselves by sharing photos of their works on social media platforms such as Twitter and Instagram. The #miniatureart hashtag has millions of posts, but this art form has been around since ancient Egypt, influencing modern dolls and model making. This exhibition is the first time that many miniature art lovers in Europe will be able to admire such works in person.

“It’s the difference between looking at an Instagram post, which conveys a certain emotion, but when you go to see the work, the emotion is multiplied. It’s really about getting inside the screen and see the job in real life. “

The painter and illustrator Nicolas Pierre reconstructs famous districts of Paris in small facades and is one of the artists who will exhibit his work during the exhibition.

“It’s a model of buildings in Saint-Ouen, not far from where I live. A set of buildings which will be destroyed very soon and which will be replaced by a modern building. This is the first piece I did three years ago, when I started doing them again and it was important for me to make these buildings. It’s not very far, it’s 500 meters from here. 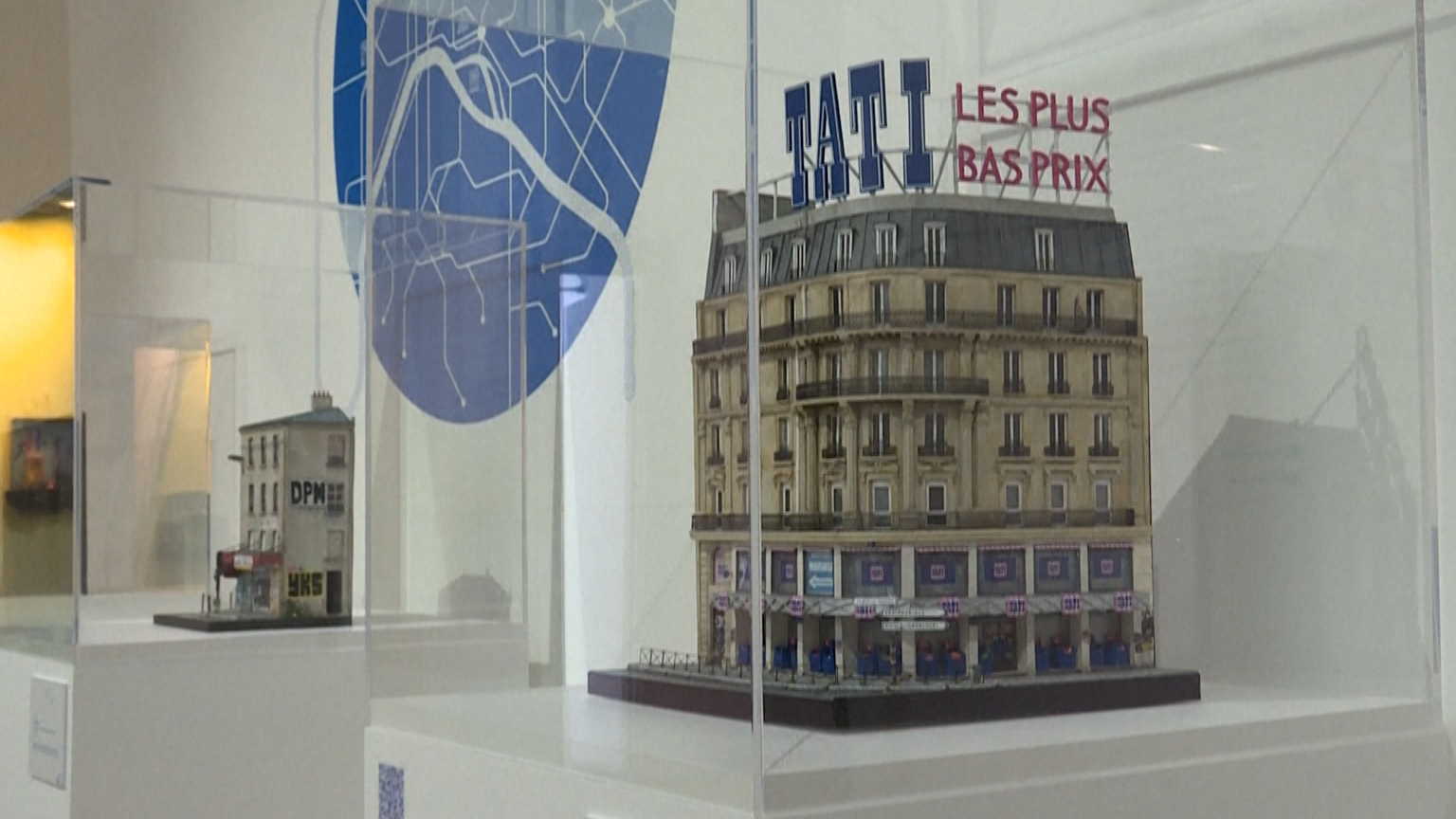 Nicolas Pierre is one of the 20 artists whose miniature masterpieces will be exhibited during the exhibition in Paris. / AFP

Nicolas Pierre is one of the 20 artists whose miniature masterpieces will be exhibited during the exhibition in Paris. / AFP

From photographs he takes himself or from Google Street View, he aims to reproduce reality as closely as possible, as well as to lengthen the life of places.

There is something small for everyone at the exhibit, from shade art created from simple household items to micro-butterflies on flowers. There are also miniature engravings on pencils and tiny culinary delights that look so real they might make your mouth water.