A RTISTS CREATE SELF-PORTRAITS WITH ALL KINDS OF MEDIA, but this may be the first time that three-dimensional miniature replicas of buildings have been used.

“Lost but Not Forgotten,” at the Sanibel Island Dunham Family Gallery in BIG ARTS, consists entirely of buildings, they are actually “a way for me to do self-portraits, an autobiography,” he says. “Each of these buildings (contains) a personal story, a story about me.” He calls his work miniature cityscapes. There is the newsstand at the entrance to the metro where he got his daily newspaper, the canteen where he took his cup of coffee from the ubiquitous blue, white and gold Greek paper cups. (It was before Starbucks, he notes.) The restaurant where he and his wife ate every weekend, Pearl Paints in SoHo, where he bought his art supplies.

“There is a little story next to each (building) and you can read the story and my personal anecdote about it. It will give you an idea of ​​the place, and what it was like for everyone in New York, and an idea of ​​me too. 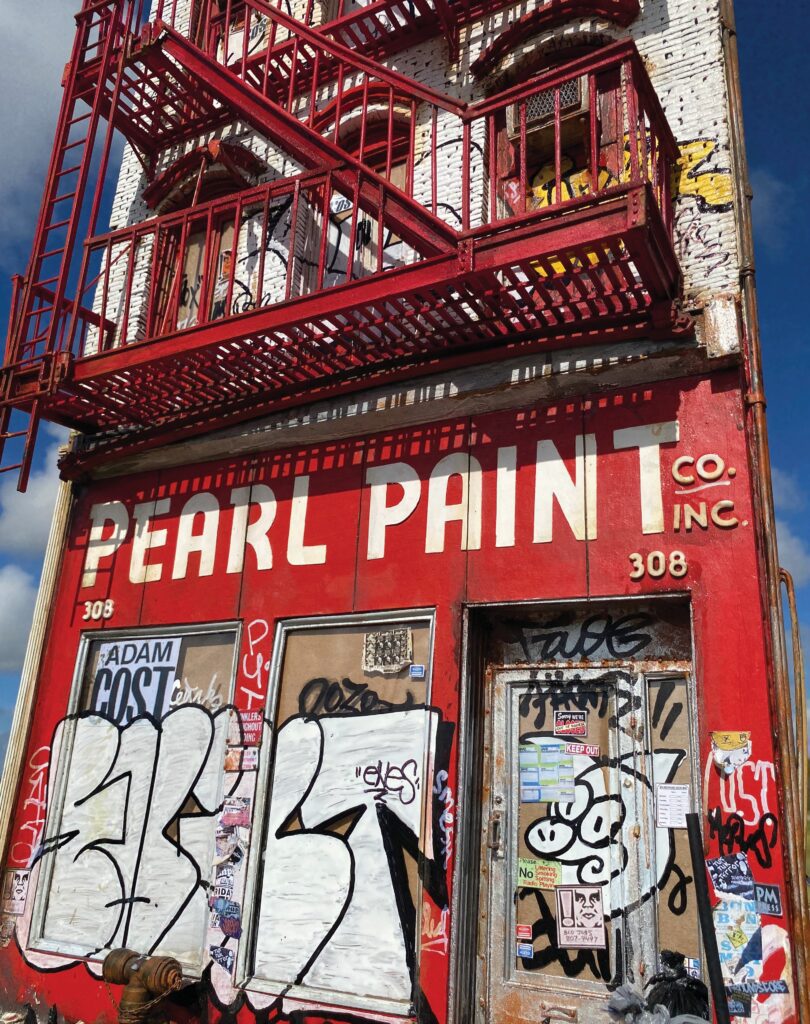 Pearl Paint “It was the place – the biggest and best art store. It was five stories high and had everything you needed. They were the best. I spent as much time here as in my apartment. I must have been there a thousand times over a period of 10 years. Now that Pearl Paint (on Canal Street) is filled with million dollar lofts. There was a (smaller) Pearl Paint in Fort Lauderdale on East Oakland Park Boulevard. It closed a year after this one.

“When you’re done looking at all 13 pieces, you get a sense of who I am, and a sense of that time period too,” he says.

At the end of the exhibit there is a replica of the 5th Street Gym in Miami Beach, where he first broke his nose. (His nose, Mr. Chailosky notes, was broken a total of three times). A splash of tropical color among the grays and sand is a hint to his next project: creating miniature representations of various buildings in other places he has lived: Miami, Rhode Island, Ohio.

“Lost but Not Forgotten” has three layers, he says.

Second, he says, “each has either architectural significance – like a cast-iron building in SoHo, or an iconic building, something socially iconic in New York, like CBGB, which was the epicenter of punk rock” . 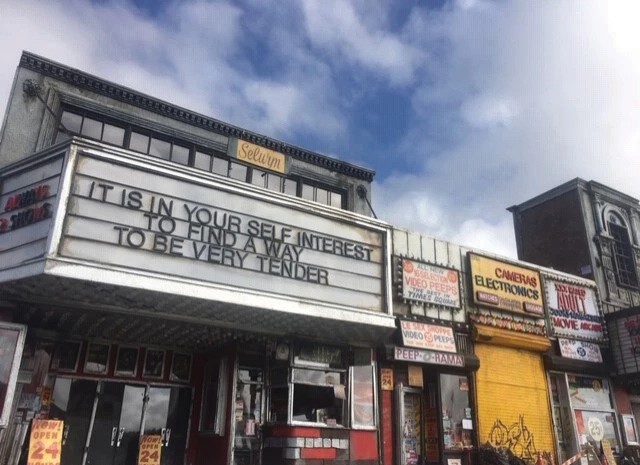 And third, it no longer exists or its purpose has been changed.

“It’s a way for me to do a self-portrait, an autobiography,” he says. “For each of these buildings, I have a story about myself. Maybe it’s a place I’d like to go to drink every day, or a certain restaurant.

Maybe that’s where he grabbed a coffee every day, or the daily newspaper. Or a building in front of which he would walk to work.

“It’s a three-dimensional world of what my life was like in New York,” he says. “It’s a history lesson, an autobiography of the artist and a sense of remembering a certain place and a certain time. What they all have in common: nothing exists anymore. They have been torn down, destroyed or turned into something horrible.

“For example, the Mars Bar, which used to be the best dive bar, is now a stock brokerage firm of TD Waterhouse.” 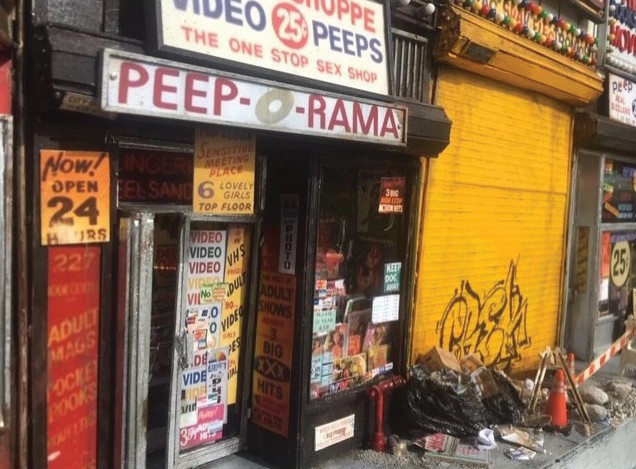 “This is what 42nd Street looked like in the 90s (before it was gentrified). It’s the most transformed street in the city. Back then, Jenny Holzer was putting her art on the theater marquees. She also went to RISD One of the first art shows I had in New York I did a whole series on 42nd street I walked that street every day to work when I was working on ‘Uncle Vanya’ in the abandoned Victory Theater Louis Malle made a movie out of it – ‘Vanya on 42nd Street’.

As a young boy, Mr. Chailosky came to New York from Cuba, but moved to Miami Beach with his family when he was 7 years old.

He left Florida to attend art school at the Rhode Island School of Design, then returned to Florida to try to earn money for his higher education.

At an art fair in Coconut Grove, he showed his cityscapes and sold them all. Famous producer/director Harold Prince, winner of 19 Tony Awards, came to his booth and congratulated him on his work. The two started talking and went out to dinner.

Mr. Prince liked Mr. Chailosky’s work so much that he arranged for him to get a full scholarship to New York University for his MFA. He also arranged for Mr. Chailosky to assist six-time Tony Award-winning set designer Eugene Lee on various shows for Mr. Prince.

And because Mr. Lee was the original production designer for “Saturday Night Live,” Mr. Chailosky helped him there as well, particularly on construction sets for the fake SNL commercials. 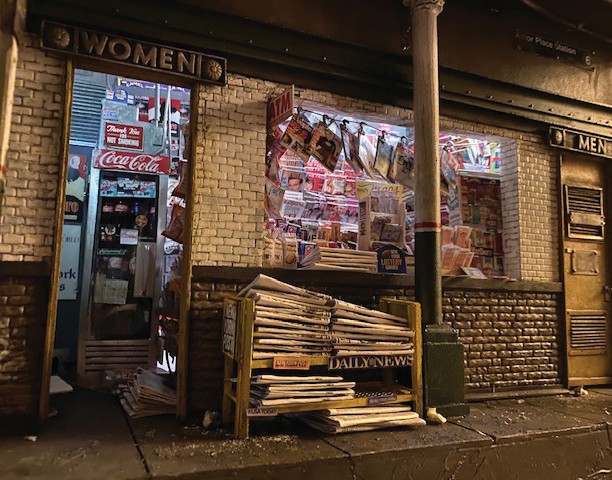 Astor Place Subway Newsstand “The biggest public crime happened in the subway restrooms, so (then Mayor Rudy) Giuliani shut most of them down. And he turned them into sources of money for New Yorkers. The one at Astor Place has been turned into a newsstand. It’s the day after Tupac died – see the headlines? I would stop here when I go to the Public Theatre. Many workshops and rehearsals took place there – for example, “Showboat”, which I worked on.

It was an invaluable experience.

Today, Mr. Chailosky is back in Florida, this time on the Gulf Coast in Fort Myers. He works in the fashion industry but has returned to creating his miniature landscapes after a 17-year hiatus, as he and his wife are now empty nests and he has more free time.

Everything is done by hand, he says. Nothing is made by a 3D printer or a computer, except for the magazine covers, candy wrappers and cigarette advertisements he embeds in his newsstands. (He slavishly researches what was on sale that day, to make it historically accurate.)

Miniaturists will build dollhouses and then decorate them with pre-made furniture and objects. Mr. Chailosky creates everything from scratch, from Venetian blinds in a window to fire hydrants to chewing gum dispensers outside a candy/luncheonette store.

He even pays attention to litter on the street – from misplaced cigarettes to crushed coffee cups – and graffiti on the sides of buildings and subway cars. It is as if he had built a machine capable of reducing a real building to miniature. 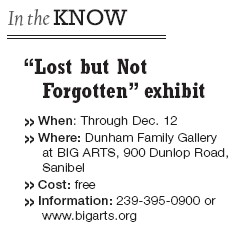 “Lost but Not Forgotten” is “like walking through an autobiography of my life and what I loved to do,” he says, “intertwined with the nuances and characteristics of New York.” ¦ 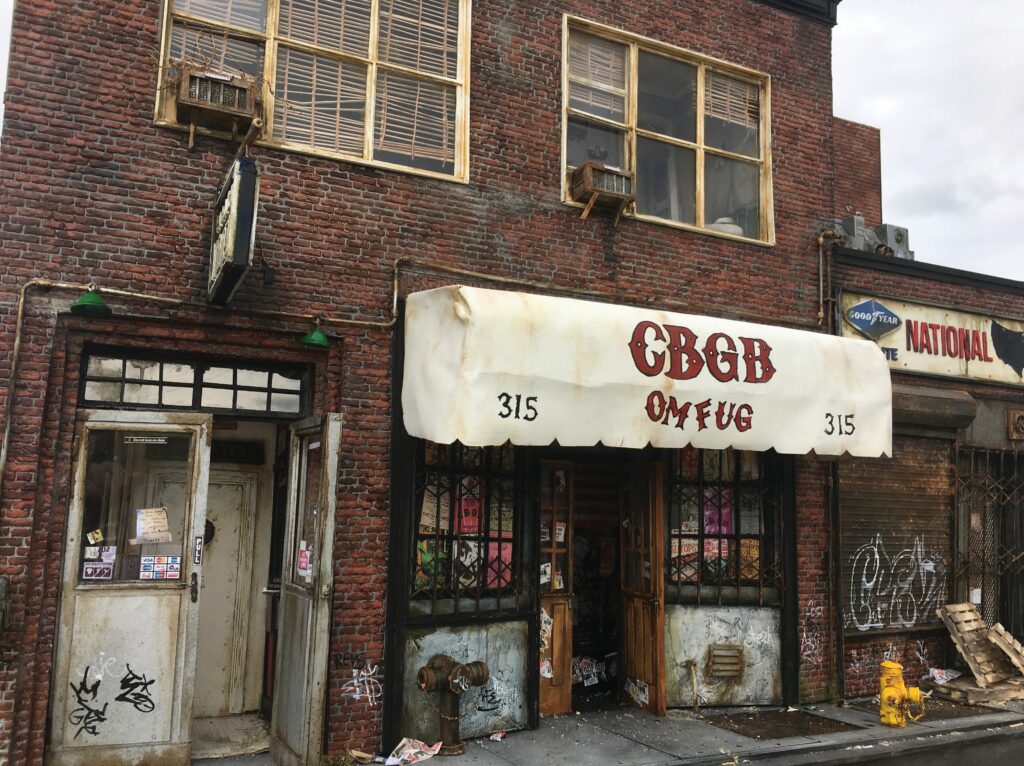 CBGB “That’s the saddest story. It’s a travesty of justice, the worst thing you can do to a space. CBGB was the epicenter of the whole punk rock movement. The Ramones played there. Patti Smith, Talking Heads, Blondie. I used to live on Bleecker Street and stopped here for a drink before the night started. It should have been turned into a museum. It was like tearing down Abbey Road. Now it’s a John Varvatos store that sells overpriced t-shirts for nearly $200.