Tongyeong’s Shina SB was one of the world’s largest shipbuilding companies in its heyday, but filed for bankruptcy in 2015. Its factory site, office buildings and large cranes remain abandoned in the city, a horror for its citizens, until today.

On a recent weekend, people packed the unused Shina SB office building in the port city’s Donam-dong, “taking their time” to enjoy the Tongyeong Triennale’s main exhibit. Take Your Time”. There was a blockage, especially on the stairs, as people slowly walked up the stairs.

These people appreciated the meticulous work of the curator – Daniel Kapelain – and his media work entitled “Elevation” which is installed on each staircase from the first floor to the top. As you slowly ascend the stairs, you can hear Ven. Hyon Gak, Abbot of the Zen Center Regensburg. The monk recorded the mantra under the dome of the Befreiungshalle in Germany especially for Kapelian’s project.

The Tongyeong city government said it has decided to inaugurate the Tongyeong Triennial, an art festival that will encompass visual, media and craft art, starting this year, with the aim of turning towards a new industry – arts and culture.

Some might think this is an odd change for a port city known largely for its fresh oysters and declining shipbuilding industry. But Tongyeong is actually home to many established Korean artists such as world famous composer Yun I-sang, novelist Park Kyung-ni, painter Jeon Hyuk-lim and poet Kim Chun-su. 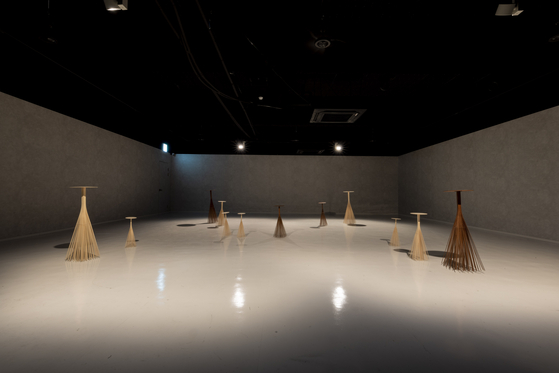 “Rubbish Things” (2018) by Takuto Ohta, a moving wooden object that moves to find a comfortable place for itself. [DAVID KAPELIAN]

The city slowly transformed into a city of arts and culture. Twenty years ago, he established the Tongyeong International Music Festival, which has now become a major classical music festival in Korea. In 2013, he restored the “12 Gongbang”, a set of traditional workshops that existed during the Joseon Dynasty (1392-1910). The small hillside village of Tongyeong, Dongpirang, has now become a major tourist attraction thanks to its beautiful murals. And this year, the Tongyeong city government decided to inaugurate the Tongyeong Triennial.

The first edition of the festival, which started on March 18, has the theme “The sea, the seeds”. It is a major event that transforms the whole city, including several of its islands, into an exhibition space until May 8.

“Tongyeong is a city of artists. It connects the stories of the seas, islands and inland. It is a city where beautiful nature and industry coexist. But Tongyeong is going through tough times as its key industry, shipbuilding, is in decline. We need to look to a new industry and there is none better for Tongyeong than arts and culture,” Tongyeong Triennale Organizing Committee Secretariat Kim Ji-in said.

Kim said this triennial will mark the beginning of “that change”.

“The main exhibition ‘Take Your Time’ started from this artist Robert Filliou’s quote, ‘Art is what makes life more interesting than art,'” Kapelian said. “Because in life, we need art and we believe in art for that.” 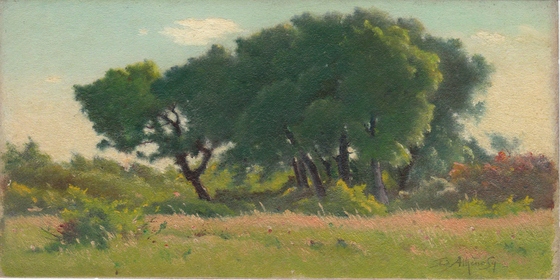 “Take Your Time,” Kapelian explains, is an “invitation to pause, to relax, to hit pause just for a moment in these hectic times. People find it hard to stay focused, it’s hard for us to stay calm and many people have been stressed by Covid. We are in constant interaction with the internet and the omnipresence of real-time information. It is therefore very difficult to repair this disturbance with ourselves and with nature. This exhibition is a call to contemplation, to elevate our spirit and reconnect with ourselves and nature.

Kapelian made full use of each of the six floors of the abandoned Shina SB office building. It invited 35 artists from 11 countries to showcase their works, “ranging from crafts, fine art, virtual reality to NFTs (non-fungible tokens),” he said.

“This exhibition is more of an immersive, sensory experience rather than the usual art exhibition format, as we want to offer a sort of meditative approach to art,” Kapelian said. “We want to give you time – time to explore, time to focus, and time to focus on what you’re doing. This unused six-story office building is an unusual space to experience art. We have so decided to take this challenge and turn it into a black box and gave it a nickname – the spaceship – inviting people to travel to a different dimension for a while.

The exhibition begins on the first floor with the latest work by Dutch designer Maarten Baas titled “Confetti Clock”.

“The artist gives the video in the clock real time for 24 hours. It sweeps the confetti on the screen to give you real time. It’s the latest in his famous ‘Clock’ series, expressing an ironic and poetic feel about the present time being swept away minute by minute,” Kapelian said.

“Infinity” by OMA Space artist Jang Jiu is another highly immersive and meditative piece of art. A circular object attached to a rod in the ceiling spins slowly, and your gaze naturally falls on it, watching it spin with a blank mind.

“The eternally rotating circle piece on the spiral represents supernatural motion that keeps our universe in continuous motion,” Jang said. “Infinity is a meditation timepiece, an invitation to breathe, to walk around, to let ourselves be part of this cosmic flow and to let our mind dissolve into eternity.” 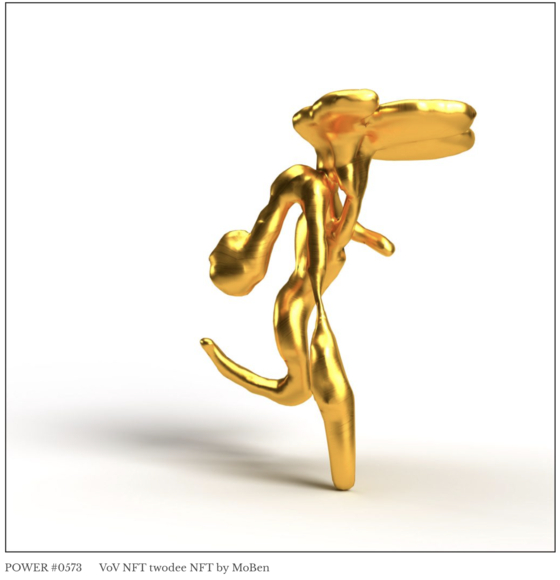 A 2D image created using “Value of Values” by Maurice Benayoun, which has been transformed into a non-fungible token, or NFT. [DAVID KAPELIAN]

As you climb the steps, works that “shape the future” will be presented, such as “The Value of Values” by Maurice Benayoun. In this interactive piece of neuro-design, visitors are asked to sit down and wear special headphones that will scan your brainwaves. Visitors will be able to experience how their brain can directly control the monitor and design a shape. This uniquely designed shape will be transformed into NFT on a special blockchain and visitors will even be able to print their own shapes in different sizes.

“Every visitor who comes to the exhibition will eventually own an NFT with their own shape,” Kapelian said. 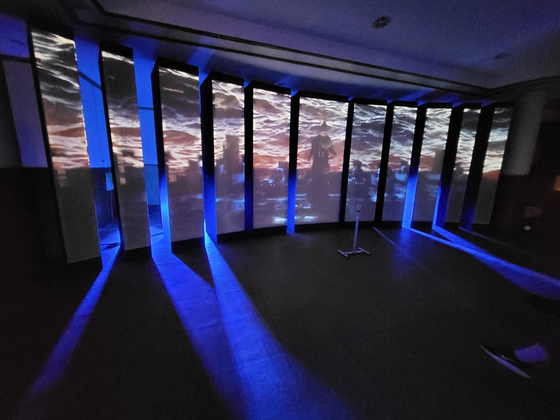 “Double Oceans”, a media art installation by Chung Ja-young at the entrance to Jeseungdang Shrine on the Hansan Island of Tongyeong. [YIM SEUNG-HYE]